The technique consists of infecting equipment with mathematical operations to obtain cryptocurrencies. The equipment, with the virus, slows down and overheats until it explodes. 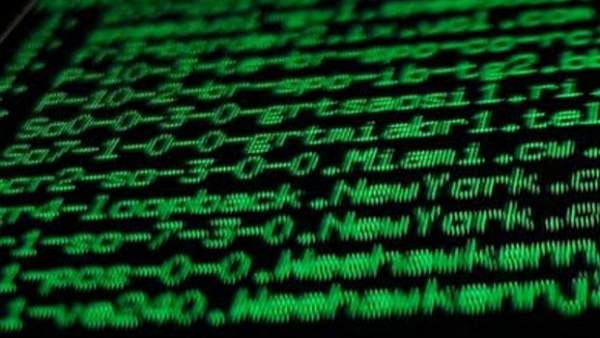 Governments around the world are trying to establish cybersecurity strategies in the face of growing concern about criminal piracy.

A mobile phone or a laptop invaded remotely to mine cryptocurrencies may explode due to excessive heating of your battery due to overfilling. Since the CNI and have been released numerous warnings after the cases of explosion of some equipment.

The National Cryptological Center, already put on alert the users explaining the cryptojacking  refers to the  ‘sequestration’ of computer devices to be able to get cryptocurrencies , which requires the processing power of the equipment to perform the calculations that verify the transactions of the digital currency.

Minar consists of performing a series of complex mathematical operations using computers or other devices, the result of which is to obtain new virtual coins as a ransom. Criminals infect the equipment of other people or companies to use in that mining.

Cryptojacking is the attack “par excellence” of this year. In total, in 2018 the Cryptologic Center detected an average of 3,000 cyber-incidents per month, a figure higher than in previous years. Of course, it is not clear if it can be considered a crime.

It is a “very current and unknown” phenomenon. Within the cryptojacking there is also a modality, the ransom ware, which “hijacks the equipment and in return the hacker asks for a ransom”. Also, the data are alarming: “Detected an increase of 4000% in cases of cryptojacking in recent months,” the experts point out.

How is cryptojacking performed?

The technique has evolved as the dispute over digital currencies has increased. It is done mostly with coins that allow the hacker to remain anonymous (as is the case with Monero coins). Of course, the process of infection of the equipment can be done in several ways:

Hacker: It is, so to speak, the most orthodontic form. Individually, a person uses web pages with high visits figures to install the software with which the cryptocurrencies will be mined

Virus: It consists in the distribution of a computer virus to the equipment that has been considered vulnerable and useful for performing cryptojacking. Here also the technique of phishing is usually used, which consists of supplanting the identity of someone in the network by accessing their passwords and other personal data.

Software installed by default:  It occurs in those web pages that use mining software without the need for it to be installed by an external party. These portals can warn users or not.

It is not correct to say that it is the cryptojacking technique itself that makes the equipment explode, but that it is one more consequence. The mining software installed on computers works like any other virus: slow computers, lower performance, batteries, etc. With all this, there is an overheating of CPUs and processing systems that may end up in flames, as they have pointed out from the CNI.

“The equipment is slowing down, overheating, with greater spending on electricity; imagine what that can be like in a large company with more than a thousand teams”.  The user does not know that “a ghost computer is controlling the computer: they are zombie computers that work like exclaves”.

If you are a victim of cryptojacking, you may not notice it. Most cryptojacking software is designed to remain hidden from the user, but that does not mean it is not happening. “This theft of their IT resources slows other processes, increases your electricity bills and shortens the life of your device.

Depending on how subtle the attack, you may notice some red flags.  if  the equipment “slows down or uses its cooling fan more than usual, may have reason to suspect that it has cryptojacking.”

Can it be detected and avoided?

Its detection is very complicated for the habitual user. It is a technique still unknown and therefore difficult to capture, unless you have specialized knowledge. Despite this, Google and Firefox already have extensions to prevent the presence of cryptojacking in our computers.

But avoiding it is “very complicated”.  The process is complex: “Files are encrypted with a code that is undecipherable, and can only be deciphered with a quantum computer that does not exist today”.

“As a bonus for cryptojackers, when your computer is running at full capacity, it will run very slow, and therefore will be harder to solve.  As with all other precautions against malware, it is much better to install safety before becoming a victim, “advises the expert.

Another simple option may be to clean cookies (extensions) from browsers with some regularity. Of course, we must take into account that cybercriminals take advantage of those programs considered weak, such as Word. Experts also recommend changing passwords every so often in order to prevent the aforementioned phishing.

If what you want is a permanent solution, ” we have to complement the conventional antivirus with a reinforcement to avoid cryptojacking: traditional intelligence is incorporated”, in the words of the expert himself.

Cryptocurrencies are money that is used in the digital world as a virtual currency. The Bitcoin is the most important, although there are other Ethereum, Litecoin or Ripple. Bitcoin has undergone a real revaluation since last year 2016 and has generated a real fever behind digital money, with more and more platforms or ‘blockchains’ (block chains) emerging that seek to make the most of it and create real money with it.