The company has unveiled its streaming tool through the browser in the hand of a first technical test with Assassin’s Creed Odyssey. 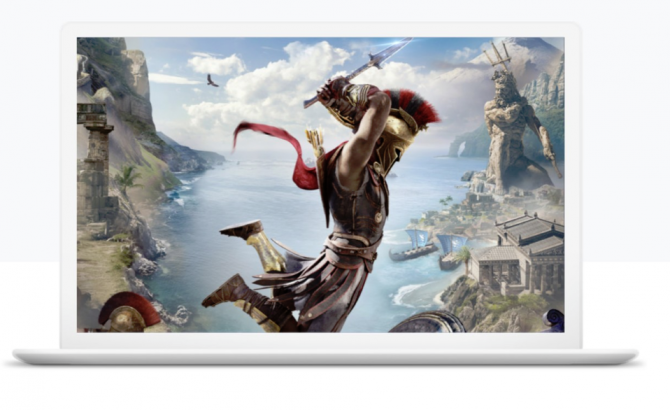 Surprisingly, Google today revealed its work in the one named Project Stream . The company, as it began to be rumored at the beginning of the year, is working on a video game streaming service with which they want to ensure that this way of enjoying video games is, in the long term, as usual as the consumption of video games. music or streaming movies on platforms like Spotify or Netflix.

The service allows you to play video games in streaming using Google Chromeand the early technical demonstration of this technology comes, in addition, from the hand of an overproduction as Assassin’s Creed Odyssey ; The company states that, when it comes to testing the delay in response and latency of the service, it is a much greater challenge to work with a videogame with technical requirements of this level than with a lower production that could work on almost any device.

The best news about this service in development is that some lucky users will be able to try it , completely free of charge, starting next October 5th. It will be then when the Ubisoft video game officially launches, that it seems to have closed a collaboration agreement with Google, and the test participants can play Assassin’s Creed Odyssey in streaming from Google Chrome.

Of course, there are certain requirements: to begin with, this first Project Stream test will only be accessible to people over 17 who reside in the United States ; In addition, you must have a connection of at least 25Mb/s and, the simplest step, official Google and Ubisoft accounts will be required. Only a few fortunate will be those who will enjoy the first steps of this technology that, they emphasize, will be compatible from the start with keyboard and mouse and the controls of PlayStation 4 and Xbox One.

The big question that remains is to know what will be the future of an initiative with as much potential as Project Stream; the words of Google make it clear that we are talking about a service that is taking its first steps but, if everything goes according to the due, it could also be the first stone of a powerful paid video game streaming service . Of course, few brands or companies seem more prepared and have more resources at their disposal for it than Google.