Although the entire Xiaomi mobile ecosystem is logically linked to the Android operating system, the Mi Band sports bracelet does not make distinctions and is also compatible with Apple iPhones. But this was not always the case, as the first Mi Band arrived on the market in limited compatibility only with Android, although it was later updated to allow synchronization with iOS. 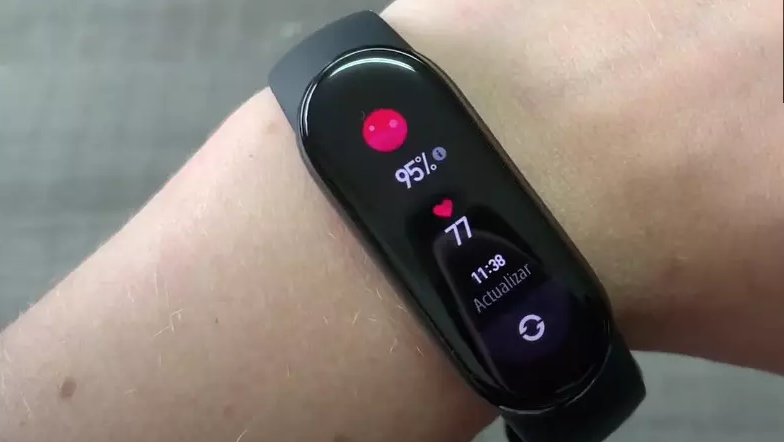 Within the technical requirements of this popular wearable, we find that the latest Mi Band are only compatible with mobiles with iOS operating system from version 4.4. This means that these Xiaomi smartbands can work from the iPhone 5S or the veteran iPhone 6 and even the iPhone SE. It goes without saying that models with more modern versions such as iOS 12 or iOS 13 are also compatible with it.

How to link the Mi Band to the iPhone

The method to link the Mi Band with an iPhone is very similar and is done almost in the same time as for Android terminals. In addition, once the bracelet is linked, it will change its language and date to the same one we have on our device, just as it happens on Android. This is a plus for those who save by buying the cheapest bracelet in a portal that brings it from China.

The first thing we have to do is download the Mi Fit application from the App Store. Once downloaded, we run the app and log in. We can choose between several options, including Facebook, Google or a Xiaomi account. Once inside the application, click on the “+” symbol in the upper right to add the bracelet to the gadgets linked in the application and click on Bracelet. Then we will have to accept the notice that tells us that the information related to sleep or heart rate will be collected by the device. The application will now search for the bracelet. Once found, we will have to click on the “Accept” button on the bracelet itself and the link will have been made successfully.

Once done, we can start using this wearable and all the data will be recorded and saved by Mi Fit. In the event of a problem arising in the future, we can always carry out the steps in the opposite direction to solve them, that is, unlink the Mi Band from our iPhone to repeat the process that will allow us to recover the functions.

Differences between a Mi Band with Android or iPhone

As much as we try to search the Mi Fit app for what changes with respect to using our bracelet with one operating system or another, we will not find changes. The app is designed with the same functions in one case or the other. The small differences that we are going to find are in slight changes that the developers are integrating into the app, reaching the Android landscape first, since there are many more users in this case.

But all the functions such as the measurement of the pulsations, blood saturation or the control of the sleep are available in any case. The customization options will also continue, although we will not have as much variety of apps with faces as in the Android panorama, where the Apple Watch is gaining ground due to the limited compatibility in that case.

Another of the small changes that we will be able to mention with respect to using the bracelet in one operating system or another is located in the notifications. Xiaomi’s sports bracelet has not had good results on many Android smartphones, having to go through serious configurations to prevent the app from closing and thus receiving notifications without problems, something that to a lesser extent has also appeared on iPhones.

In both cases, what you have to do to enjoy the notifications is based on accessing the app, touching the bracelet in question and trying to deactivate all kinds of restrictions, without forgetting to choose the apps from which we want to receive the messages or news. In the case of Android, it will also be necessary to avoid the battery saving system that continuously closes the Mi Fit app with which it will be impossible for us to be aware of the calls or alerts that arrive on our mobile.

Can we change the bracelet from Android to an iPhone?

The question that many ask themselves when they prepare to change from one mobile operating system to another, is whether they will be able to pass all the data from their Xiaomi Mi Band sports bracelet. This question has the same answer in order to change from Android to iOS or the other way around, since if we are going to be able to keep all the data without problems. Luckily Xiaomi is in charge of saving all the data in our account and we only have to worry about changing the dystopian and using the same email account to access Mi Fit.

Before that, we will have to make sure that all the data on the bracelet is synchronized on our old mobile, so that we cannot do anything along the way. For that we enter Mi Fit and slide our finger down to refresh the app. Once it is 100% charged, we will be able to enter the bracelet options from the app and we will touch unlink. The next thing will be to install Mi Fit on the mobile and install it as we have seen at the beginning in the new operating system to which we have moved.

Once we have entered the same account, we will have all the data that we had on Android or iOS and we will proceed to cancel it so that we continue to enjoy everything we have already been using. But we cannot forget to reconfigure notifications, an aspect that is not saved when moving from one smartphone to another. This also happens with the customization of our release, since the covers that we could have obtained from external sources will not be available in iOS and we will have to resort to installing it again if we want to use them. A process that we will be able to repeat as many times as necessary.