He died at 65 after several complications caused by a non-Hodgkin lymphoma. 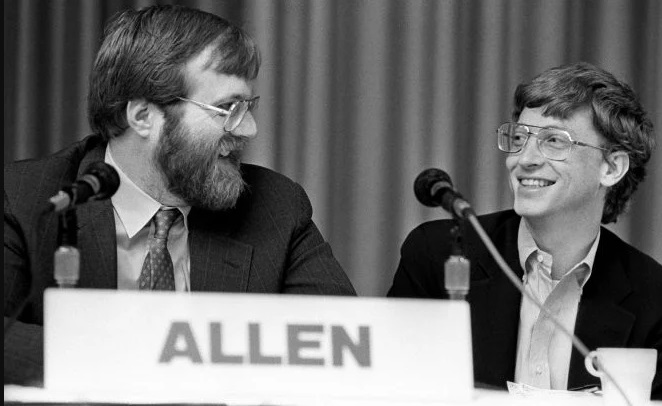 Paul Allen, co-founder of Microsoft has died at age 65 from a non-Hodgkin lymphoma.

Allen founded Microsoft with Bill Gates in 1975 in Albuquerque, New Mexico, where they started selling a BASIC interpreter, but shortly after the company would be deeply transformed when they bought an operating system called QDOS for $ 50,000, decision and negotiation in which he was part decisive.

With an operating system under their arm they were able to fulfill the contract to supply an operating system for PCs to IBM with a clause that did not require them to maintain exclusivity with the company, allowing it to be sold to others. This was the germ that made Microsoft one of the largest technology companies in the world and that gave them absolute dominance in the 90s and the first years of the 21st century before smartphones appeared.

Paul Allen was forced to leave Microsoft in 1983 after being diagnosed with Hodgkin’s disease, which he surpassed thanks to a bone marrow transplant.

Paul Allen was forced to leave Microsoft in 1983 after diagnosing Hodgkin’s disease.
Allen became a prominent investor, through Vulcan, founded in 1986 from which he has participated in more than 100 companies, including Dreamworks , Alibaba and Magic Leap . He also manages the assets of the Portland Trail Blazers , the Seattle Seahawks , two NBA basketball teams in addition to the Sounders , also from Seattle, a soccer team.Paul Allen’s activities also extended to research, both scientific and technological, with the founding of the Allen Institute for Brain Sciences , the Atlas Brain Atlas and the Allen Institute for Artificial Intelligence , the three initiatives incubated within Vulcan.

The latter has also been involved in the real estate sector, offering development services and urban planning. Highlights its investment in the South Lake Union tram, transportation that allowed connecting one of the most important areas of Seattle in 2007. In 2003, they initiated Vulcan Capital , an initiative to invest millions of dollars in companies with a philanthropic focus.

Allen always distinguished himself by his great contributions to charitable causes. Paul G. Allen Family Foundation is the organization in charge of administering your charities. It was founded in 1986 and currently receives 30 million dollars a year, which are mostly destined for human and health services.

Also outstanding are his contributions to the University of Washington and his School of Medicine, the Visual Arts Center Faye G. Allen and the Paul G. Allen Center for Science and Computer Engineering. Some years ago he declared that when he died, he would allocate a large part of his fortune to philanthropy.