The front flash of the mobile phone , that component that is so difficult to see in our terminals, and that undoubtedly many would like to recover from other models of the past. The head-on flash has practically become a relic, and it is certainly no accident. And there are many explanations to justify its absence in our terminals. 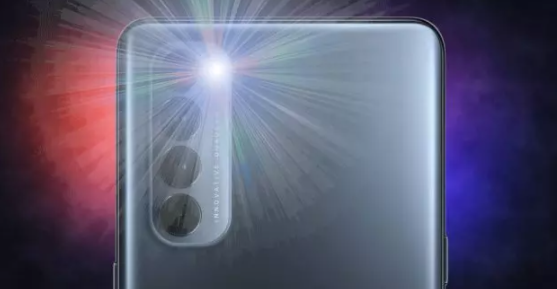 As if it were an endangered species, the reality is that this component of the front cameras of our mobiles is less and less usual, and the worst thing is that the few mobiles that arrive do so in curiously entry or medium ranges.

Almost nobody misses it

So far in 2021 you can count on the fingers of one hand the mobiles that have arrived with frontal flash to the Spanish market. The brands that bet the most on them, within the little presence they have, are Vivo. Nokia and Motorola, which equip them in mid-range and entry-level mobiles. And the reality is that this is a general trend in recent years, since the front LED flash has ceased to be attractive, especially for manufacturers.

And it is that each time they bet less on them, something to which it does not help that users do not miss them either. Because let’s face it, almost nobody has missed a front flash on the mobile like the minijack connector. And it’s probably because the flash on the front of the phone was never a defining feature of mobile phones.

Why don’t manufacturers bet on it?

Undoubtedly the main reason, as is evident, is that it is not a component that customers want to see at all costs on their mobiles. It is a very small niche of users who are looking for a front flash on their mobile, something that is represented by the little presence of this component in mobile phones on the market. But there are other reasons that do not make it advisable to incorporate it into the technical sheet of a mobile phone.

On the one hand, it is a practical question for the manufacturer, since with virtually borderless screens there is no space to insert a flash. Although there are mobiles like the Motorola Moto G60 that have managed to introduce it in a very thin frame. The problem is that introducing an LED flash can influence the other components of the phone, since perhaps with it there is less space for other components that the manufacturer considers more important.

And finally one of the main reasons, and that is that it is not essential. We will always have the rear flash at hand to take a good selfie with that camera. Or even the night modes of the front cameras are already able to largely replace the action of the front flash. There are also solutions such as the white screen that in some cases can give good results as a flash. All this shows that it is not an essential component and that therefore it is less and less present in the industry.