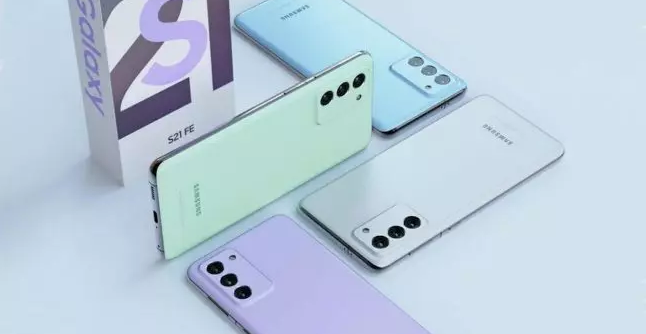 A mobile that we have been listening to news for a long time, and that it seems that it would finally be about to be presented, as shown by the leak that we have now known about this terminal. And it seems that Samsung even has everything ready in stores where it will go on sale.

We have talked many times about the imminent launch of this phone, but for some reason it has not always been the case. Be that as it may, everything indicates that now we are in the days prior to the presentation and subsequent sale of this phone. At least that is what emerges from the image that a well-known insider has now shared on Twitter, who usually accesses advance information about the devices. This time the leak is graphic, since it shows us, the phone displayed in a store ready to be put on sale.

In it we can see how the phone would already be in this exhibition, at least in the screensaver of the phone that is exposed you can see that it is the Samsung Galaxy S21 FE. But it is clearer with the marketing materials that are under the methacrylate in the display cabinet. Where we can clearly see that this model is exposed next to the standard Galaxy S21, so it already has its well-defined space within the exhibition. This cannot mean anything other than a launch in days, otherwise those marketing materials would no longer exist in the store.

What do we expect from this phone?

An evolution of the same concept that Samsung achieved some success with last year. A kind of Lite version of the high-end models of the firm, the Samsung Galaxy S21 and company. In fact, it is a full-fledged high-end phone, which will feature the Snapdragon 888 processor, as well as 6GB of RAM. Its screen would have Full HD + resolution, and it is even expected that the camera does not suffer changes compared to its predecessor.

Therefore, it can be a specific evolution of the Samsung Galaxy S20 FE, with a better processor, higher refresh rate and some tweaks. If the price of that model is preserved, it is sure to be a success. Last Friday another tweet revealed the presumed date of presentation of this phone, which pointed to September 8, so we would know it in less than two weeks. A date with which these leaks would make sense.