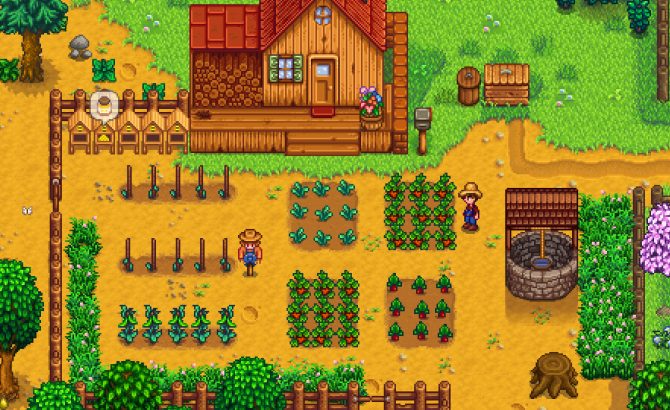 After devastating on PC and launching with remarkable success on PlayStation 4, Xbox One and Nintendo Switch, Stardew Valley will hit iOS and Android. The video game developed by Eric Barone, from alias Concerned Ape , will arrive this month to Apple devices and reservations open today , October 10.

But what is Stardew Valley ? We speak of one of the indies of the generation and of the history of passion and dedication of its unique creator for more than five years to bring back the relaxed experience centered on managing a farm of the Harvest Moon of yesteryear. At the stroke of nice pixel art , the story takes us to Pelican Town and gives us the task of taking care of our late grandfather’s farm as an escape route from the saturation and stress caused by the big city.

Almost as a metaphor of what is the game, an experience away from deaths, levels, objectives and frenzy that is enjoyed little by little and in which we will have to grow our farm, making money with our crops and animals, time that we established relationships with the disparate and charismatic people of the town. A video game that gained a tremendous base of followers that made it one of the best rated and most commercially successful video games of recent years.

Chucklefish , the producer that began helping Barone with the tasks of public relations and marketing has been responsible for adapting Stardew Valley to the different platforms it has been coming to, with the new multiplayer mode included (although it will not reach the mobile versions), and repeat in its task of launching the title in iOS and Android.
Stardew Valley will be priced at $14.99 in its mobile versions, does not include micro-payments of any kind and will be available on iOS devices on October 24; as a remarkable and more than welcome detail, the company has confirmed that data and saved PC games can be used on the iPhone or iPad through iTunes. Later, on a date to be confirmed, it will go on sale in Android terminals. Prepare to invest dozens, if not hundreds, of hours in one of the most popular videogames of the present generation.