The top of the range of Asian firms undoubtedly marks the way in the market, and they are already the ones that innovate the most. And the Oppo Find X5 Pro is not going to be less. Because as we have known now, it will be one of the most surprising range caps that we know of in 2022. 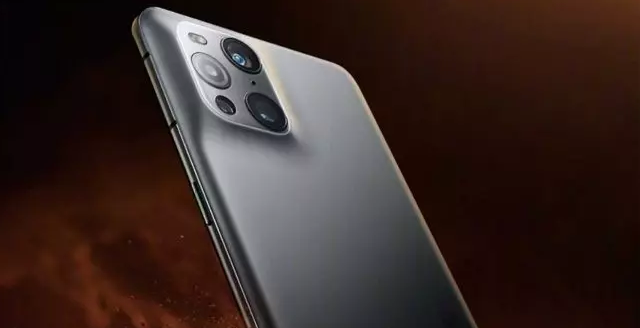 When we buy not a high-end, but a flagship, we expect it to stand out in all aspects, and everything indicates that the new Oppo flagship is going to be just that, a mobile with a waste of features in all its sections, such as let’s check now.

In 2022, as is customary in Chinese culture, Oppo will skip number 4 and directly launch the Oppo Find X5 Pro, and will jump it because of the negative meaning that this number has in its culture, something that we already saw happened at the time. for example, with the OnePlus 4, which never reached the market and jumped to 5. This time we have seen a leak of features of this phone, which give us an idea of ​​how this terminal will be, and of course it will stand out in everything A flagship must stand out, if these features are to come true.

Starting with its large 6.78-inch screen, preserving LPTO AMOLED technology and with a 2K QHD + resolution. In addition, this phone will have a refresh rate of 120Hz, as we saw in its predecessor. Therefore, in general, this aspect will be inherited from the spectacular screen of its predecessor, the Oppo Find X3 Pro. The curves begin with its processor, which will be the new Snapdragon 898 5G, which should be the most powerful chip in Android during 2022, With the permission of Samsung’s Exynos or the one that Google will debut on the Pixel 6 Pro. And they continue above all with their camera, the differential element of this phone with respect to its competitors. And it would have a new main 80-megapixel sensor, so from the firm they are not going to get carried away by the high megapixel fever, and will focus more on the quality of the sensor. This will be accompanied by a 20-megapixel ultra-wide angle, as well as a 16-megapixel telephoto, and a 50-megapixel periscope, one of the largest that we have seen on the market without a doubt. In front, the front camera will be 32 megapixels, and it should not be ruled out that it is hidden under the screen. But fast charging will not be left behind, since we will have it of all types. Starting with its standard load, which will be 65W, here we might have expected a 120W one, and it is not ruled out, but in principle it is aimed at this. Where there will be improvements is in wireless charging, with a power of 50W, as well as with a wireless reverse charging of 10W. Without a doubt, a beast, we cannot define it otherwise.