Surely on some occasion they have called you at the right moment in which you cannot answer, but nevertheless you have wanted to give an answer to the person who has contacted you. A situation that can occur very often and in which smartphones have a solution that you have had all the time in front of you, but of which you had not even noticed. 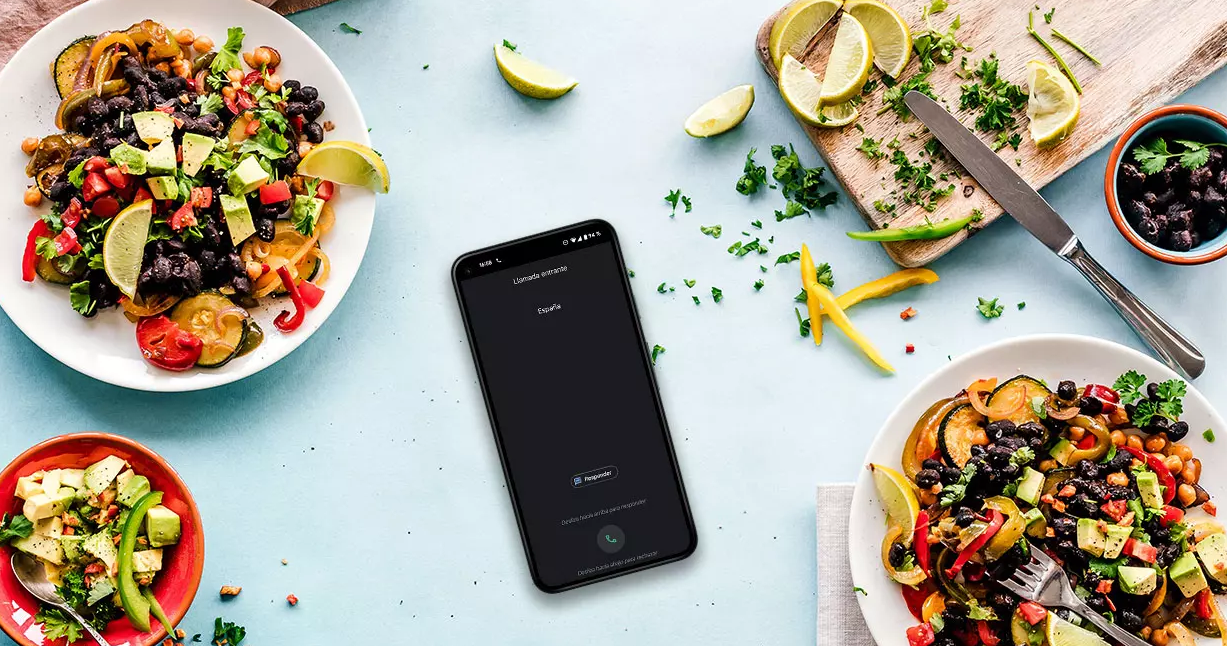 Apart from this option called «Quick responses», we will only have to hang up the smartphone, let it ring or press the volume button, which silences the call and lets it continue. But however, in none of these cases are we giving an explanation to the other person why we have not picked up the phone or if they can try again later.

Set up and use quick responses on Android

The process to launch quick responses on smartphones with the Android operating system begins within the Phone app. We have to access it as if we were going to call one of our concerts, but what we will do is touch on the three points at the top to access the settings. The only thing that can change in some smartphones for example Samsung or Huawei is the aesthetic aspect, but the functions are the same.

Once we are in the settings, we have to proceed to touch on the option called “Quick responses”, while in the Samsung Galaxy it can be found as Quick rejection messages or in the Huawei with the name Reply with SMS. But nevertheless, the purpose is the same, the process is identical and the possibilities, as we will see later, also.

Within the menu that gives us access to these answers, we have a series of pre-established options, which meet the majority of answers that we may need when we do not have the ability to pick up the mobile. Worse if this is not enough, we can also choose one of them to edit it or in the case of some customization layers, we can also add other options.

Once we retype the desired message and click on accept, it will be saved in the terminal. So, when the moment comes when we receive a call that we cannot answer, we just have to touch the button with the word and / or message icon, which has been a previously pre-configured quick response. In this way, the drop-down will appear with all the options that we have seen. If we touch on one of them, the person who is trying to contact us will receive a traditional text message with the text we have chosen. If we prefer it and we have the possibility, at the end of all we have access to create a message according to that person. These messages will be SMS, so they will be reflected in our mobile bill.

iOS also has its own answers

In the same way that in Android we have the option called Quick responses to answer all those people from whom we can pick up the phone, in iOS we have a similar option that can be used in two different ways. First by sending an automatic message when we have the do not disturb mode activated. To do this we have to access Settings> Do not disturb, where we will have the option called Automatic responses, being able to choose if we want everyone, recent ones or favorites to receive a message in question if we cannot answer the phone at that moment.

But on the other hand, we also have the option of forgetting the automatic response and launching a quick response on iOS according to our needs. In this case, what we have to do is practically the same as in Android. Wait for someone to call us and tap on the “Message” button. A drop-down menu will open with some default options to choose from or we can choose to Personalize an answer where we will detail to that person the reason why we do not pick up the phone.

However, there is no way to edit the predefined answers and we will always have to choose one of those that appear or the personalization. If that doesn’t convince us, we can leave the call unanswered and set a reminder to call that person ourselves later.

Why doesn’t it appear on my mobile?

Although in all iPhones updated to the latest version of the iOS operating system the option will appear as we have shown it, it is possible that some layers of Android customization do not offer us this advantage called quick responses for calls. Despite this, we do not have to give up, because we have a simple possibility of getting access to this advantage that begins by updating our smartphone with the latest version of the operating system and also updating all the apps from Google Play. Another added possibility to have if or if this advantage is based solely on downloading and installing the Google Phone app, which will allow us to see the calling application as if we had Android Stock and therefore total access to this advantage.

After having downloaded and installed the Google Phone on our mobile, the option will be available to us and it will only be a matter of changing the one we have marked. Then we will only have to ask a friend or family member to call us and we will see how the response screen for calls has changed and now we do have the option of answering the call with a message.