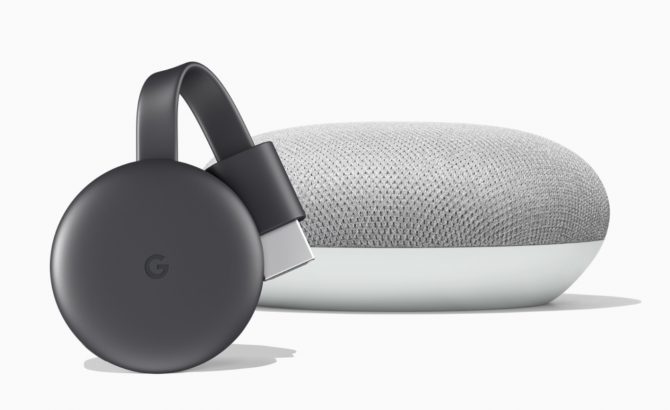 Google took advantage of its event to present the third generation of Chromecast , the product that allows to transmit video from mobile devices to the TV. In design there are few novelties with respect to the previous model, now we find it finished in Matt black but the rest of the aesthetic elements remain intact.

It is in connectivity where an important leap takes place, since the new Chromecast integrates Bluetooth . The above will give us the possibility to connect external peripherals such as headphones, speakers and controls to play. The Wi-Fi connection has not been left behind, now it is possible to connect to 5GHz networks to improve the performance of transmissions. Google mentions that the new Chromecast is 15% faster than the previous model.

There has been a jump in resolution, but not towards 4K. It can transmit video at 1080p and 60 frames per second . If you are looking for 4K resolution you will have to look at the highest cost device, the Chromecast Ultra. Another new feature is the support for Multi-room Audio , a possibility that was only present in the Chromecast Audio and the Google Home speakers. The company emphasizes that they are working to add this same feature to the second generation, but at the moment there is no estimated date for this to happen.

The Chromecast will continue without integrating a remote control, any interaction will be carried out from the mobile device. As for the price, it remains at 35 dollars , so it remains an excellent alternative to transmit content to TV. At the moment nothing has been mentioned about his arrival in Spain and Mexico. Google presumes that it is possible to share videos “thousands of services” , including the most popular ones such as Netflix, YouTube, Hulu and HBO Now.