The owners of the console will have 30 days of early access to a total of 4 elements. 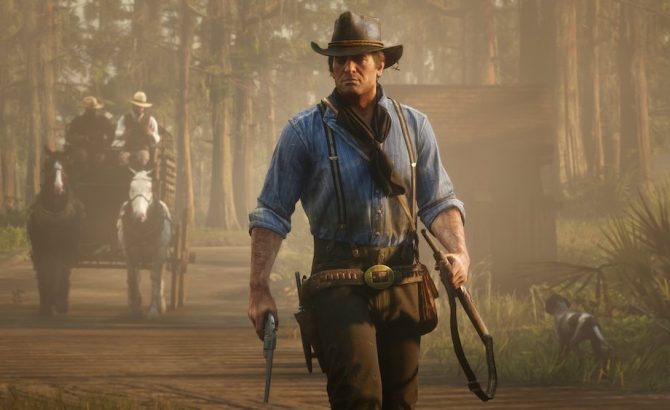 It was recently confirmed that Red Dead Redemption 2 will have temporary exclusive content on the PlayStation 4, however, at that time it was not specified which objects will have early access. Rockstar Games and Sony have come out today to resolve this doubt, revealing each of the elements that will have 30 days of exclusivity.

The Japanese company has made it clear that to have them is necessary to be a subscriber to PlayStation Plus , because most of the content is related to Red Dead Online , the multiplayer variant to be launched in November. Then we leave the image of the exclusive elements and then the description of each one of them.

It will be available from the first day in the main campaign , but we can also use it in online mode. Rockstar defines it as an outfit of “rough appearance at the same time sophisticated, perfect to explore the forests of Ambarino”. It is a long coat with wool lining and will pay tribute to the “boss” of the North American.

This horse will only be available in Red Dead Online. It is an animal “famous for its speed and handling, it belongs to a class superior to that of most of the specimens that you will find in the middle of nature”. The study indicates that the horse has a better performance compared to others of higher category.
The horse “Arab red sorrel” will also be available in the main campaign

Available only in the multiplayer side, this object will have some benefits in the game play, as it will strengthen the nuclei of health and resistance to increase the performance of the horse, specifically its speed and acceleration. Those in charge of the game mention that “it is an improved version of the basic mount included at the beginning of Red Dead Online “, so at first you will already have a small advantage.

This weapon can be lethal while we ride on horseback in Red Online Online . As they mention, “its rapid firing rate, superior to that of other revolvers, makes it a great option for mounted combat.” Visually it includes some interesting details inspired by the time, like the skull carved in its hilt.
Remember that all these elements will also be available on the Xbox One once the exclusivity period ends, although surely users will have already achieved better items. Red Dead Redemption 2 will be available next September 27.