A failure in the launch propeller of the Soyuz MS-10 capsule forced them to return to Earth via a ballistic descent. 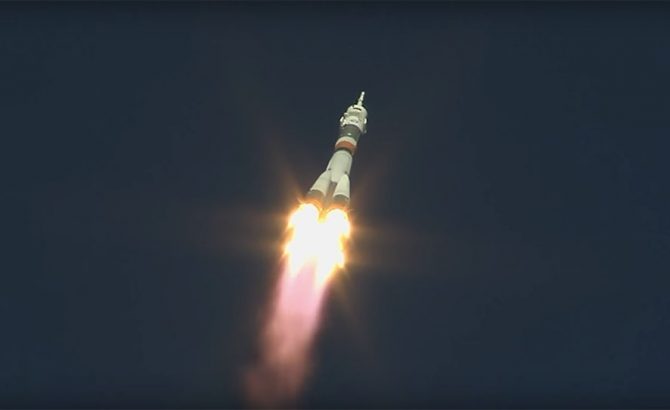 Astronaut Nick Hague NASA and cosmonaut Alexey Ovchinin of the Russian space agency Roscosmos have had to make an emergency landing after takeoff Thursday, at 08.40 hours GMT, aboard the Russian spacecraft Soyuz MS-10 from the Baikonur from Baikonur , in Kazakhstan, to the International Space Station (ISS).

Both crewmembers are in good condition and out of the capsule after landing east of (Kazakhstan), some 400 kilometers away from where they took off. The search and recovery teams came for them, NASA reported in a press release , which detailed what happened:

There was a problem with the launch propeller today. The Soyuz capsule returned to Earth through a ballistic descent, which is a sharper landing angle compared to normal.

The crew has already returned by helicopter to Dzhezkazgan (Kazakhstan) and has been received by his family. Meanwhile, Roscosmos is forming a state commission to investigate the cause of the fault that caused the Soyuz capsule separated from the drive automatically about two minutes after takeoff, the US space agency said.

Hague and Ovchini were on their way to the ISS on a six-hour trip on the Soyuz MS-10 to join the so-called Expedition 57 for the next six months. Once there, they would perform maintenance tasks and some scientific experiments. Additionally, the Russian was in charge of investigating the hole that appeared last September in the Soyuz MS-09.

“I could not be more proud of the @NASA family today, so many great people, properly trained and equipped, operated effectively in accordance with the procedure to ensure that our crew came home safely with their families.” It is truly humble to lead this incredible agency, “said Jim Bridenstine, administrator of NASA, in a tweet.