Relying on colored pieces of paper as a means of payment does not seem like a practice with a long future. 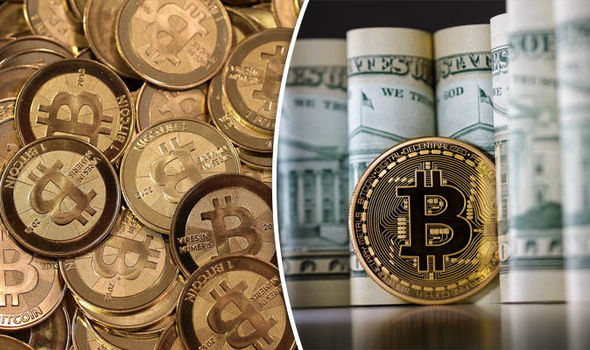 What will happen to the money? Until recently the possibility that notes and coins were no longer needed was a theme of science fiction movies. Today is a reality. In some countries, money, as we have known it until now, is less and less used. The usual wallets have been replaced by the ubiquitous smartphones and the paper of the banknotes and the metals of the coins have been replaced by the zeros and some of the digital messages.
China, Kenya, Tanzania, Bangladesh and India have also made huge advances in the use of electronic payments through mobile phones. Increasingly, the use of cash is becoming anachronistic: relying on colored paper as a means of payment does not seem like a future practice.

For governments the advantages of the widespread use of technologies such as Swish are obvious: every transaction is registered and can be known by others, especially by the authorities. For those who launder money, evade taxes, traffic in drugs or finance terrorists, the traces left over from digital money transactions are a problem. In contrast, for hackers who know how to enter an account and transfer funds deposited there to another owner, new technologies open immense opportunities.

The cryptocurrency calls, for example, present unprecedented challenges. These virtual currencies (or digital assets) are complex encrypted algorithms that can be used as payment instruments and that, in addition, verify and guarantee the transfer of funds. The most used cryptocurrency is the famous bitcoin, although there are more than 2,000 and its number continues to grow.

The most transformative feature of these currencies is that, with some fraudulent exceptions, governments and their central banks have nothing to do with their creation and use. Another important feature is that transactions with cryptocurrencies can be done anonymously. Digital technologies and the Internet facilitate the possibility of acting anonymously in many areas (in business, romance, crime or terrorism). Thus, at the same time that some new technologies hinder anonymity, others are deliberately designed to guarantee it.

An example of this is ZCash, a cryptocurrency that promises to do everything cash, cash, only virtual … and anonymous. Using extremely complex cryptographic mechanisms, ZCash offers absolute privacy over the chain of transactions in which its “currencies” are used. When you receive a $ 100 bill there is no way to know who, or who, had it before, or who will get it later. ZCash promises the same thing: the anonymity of the entire chain of users of its cryptocurrencies.

Naturally, governments do not like this, but ZCash does not like governments either. Like many crypto actives, it has been developed by a community of libertarian programmers hostile to government controls. Governments are right to be alarmed because the destabilizing potential of platforms like ZCash is unlimited. For a trafficker, transporting 10 million dollars in tickets through customs and airports is as logistically complicated as it is legally risky. On the other hand, with ZCash you can transfer any sum, at any time and to any destination instantly, and without using cumbersome briefcases full of paper money. And without knowing the identity of the participants in that transaction.

Governments have slowly begun to understand the challenges that new technologies like ZCash imply. The great advantage that the authorities still have is that they control the so-called “exit ramp of the crypto-highway”. Given that the number of businesses that accept payments in cryptocurrencies is still relatively small, in order to spend virtual currencies it is often necessary to exchange them for one of the traditional currencies , that is, those issued by governments. This gives these governments the possibility of controlling that exit ramp.

It is risky to assume that this will continue like this indefinitely. Today, there are already more than 100,000 virtual businesses that accept crypto-active as a form of payment and this number will continue to grow rapidly. It is perfectly conceivable that, in a few years, a car, a trip or a house can be paid with ZCash.

We still do not know if the future belongs to transparency technologies such as Swish or opaque technologies such as ZCash. Most likely, they will share it, depending on the country and the sector of the economy. What there is no doubt about is that in the 21st century it will be more common to find bills and coins in museums than in our pockets.